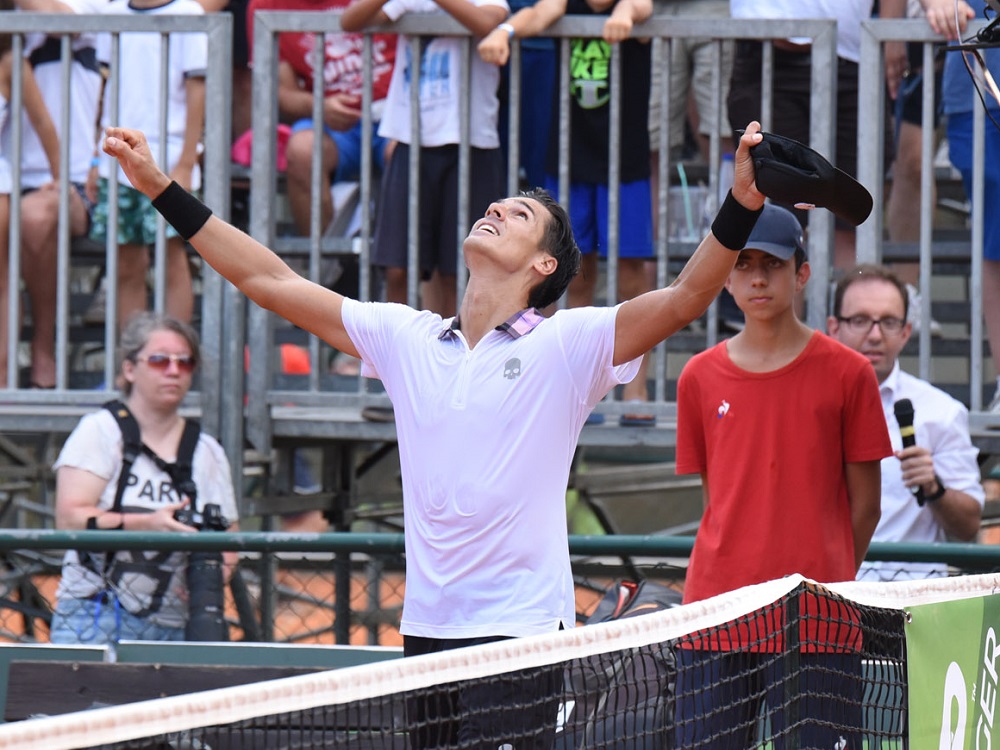 He wanted this title at all costs. Although he played less than 24 hours after his debut on the grass of Wimbledon, Federico Coria played the ASPRIA Tennis Cup – BCS Trophy (€ 45,730, clay) at maximum motivation. The final lost twelve months ago had not gone down, so he took the best revenge by beating in the final a combative Francesco Passaro with a score of 7-6 6-4. He rarely happens to be the final match of the tournament, but in this case it certainly was. The Perugian took the field with clear ideas: push wisely, avoid as much as possible the web of dribbles of Coria but without going over the top, as instead happened to Shevchenko in the semifinals . In the first set he played on par, perhaps better than his opponent. He had a break point at 2-1 and – above all – he saw the good train pass at 5-4 and 15-40 on Coria’s serve. Wasted the two setpoints he held up to the tie-break, but some rash play and the impressive solidity of the Argentine made him lose six points in a row (from 2-1 to 2-7). Lost the first set, Passaro continued to fight and held up well until 4-4, but when he served to stay in the match he got a bit confused and gave up his serve in what was the only break of the match. match. The difference between the two was all here, in the management of the important moments, certainly not in the game. Supporting Federico Coria was coach Andres Schneiter, top coach for a player who is not top yet, and probably won’t become one. But the work with “Fefo” is extraordinary: bringing him close to the top-50 was an excellent goal. On the other hand, in seventeen years of activity Schneiter has brought eleven players in the top-100 with some masterpieces, such as Mariano Puerta top-10 and Cristian Garin in the top twenty. 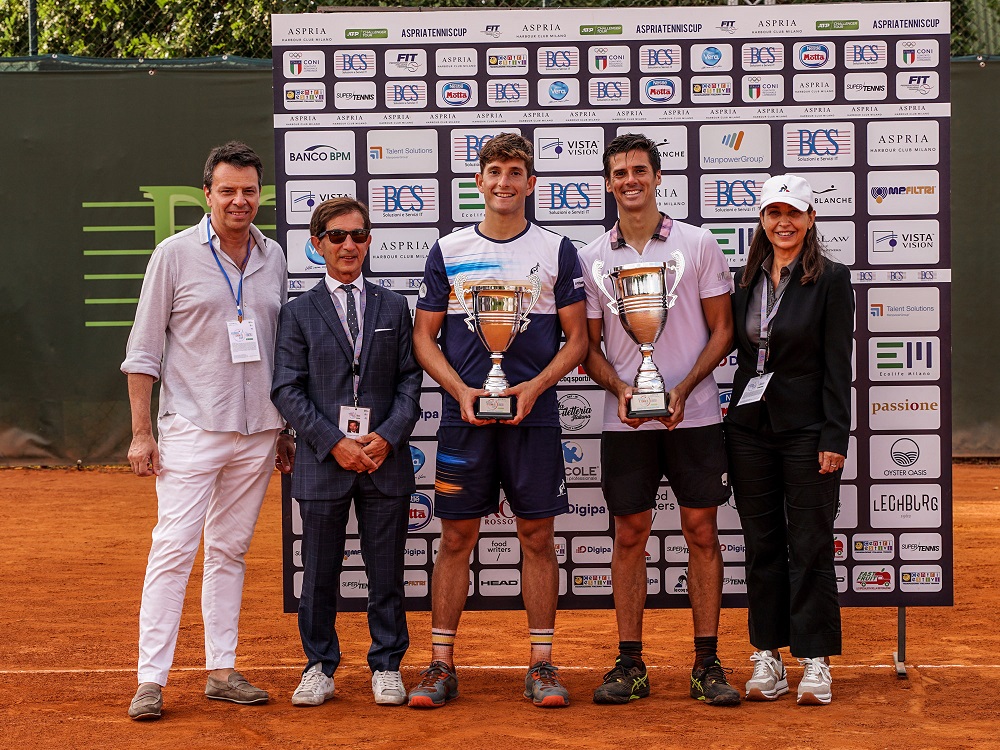 “The finals always bring a little extra tension – says Schneiter, nicknamed“ Gringo ”for his blond hair and blue eyes – Francesco didn’t want to dribble too much and avoided too long exchanges. For a while, the ball stayed in him. Federico was tense because he was unable to make a difference immediately as he had done in previous matches. I believe that at this level he has a greater solidity than the others, and I was convinced that during the match Francesco made a few more mistakes, instead he fought until the end and we had to wait for the last game to see a decline “. According to Schneiter, the key moment of the match was the two setpoints canceled in the first set. “We could have lost him, but taking him home was crucial – he continues – in the second we changed the way of playing, in many exchanges Federico took over the exchange with the forehand. And the game was a bit different ”. It was played in a fantastic atmosphere: the ASPRIA Harbor Club Central was sold out, with over 300 fans crowding the stands: and if Passaro was the most supported, there was a small group of fans from Coria, a lot noisy. After the matchpoint, the Argentine rewarded them by throwing the racket in their direction . At 30, the Argentine certainly cannot hope to match his brother’s successes, but he has become a credible player, one who can have a say in him even in the major circuit. “Last year we had the goal of finishing in the ATP top-100, this year we only wanted to play big tournaments – continues Schneiter – we would like to win an ATP tournament but the idea is build a ranking such as to play on concrete without thoughts and without the anxiety of scoring points. By playing more on concrete you learn and improve ”. 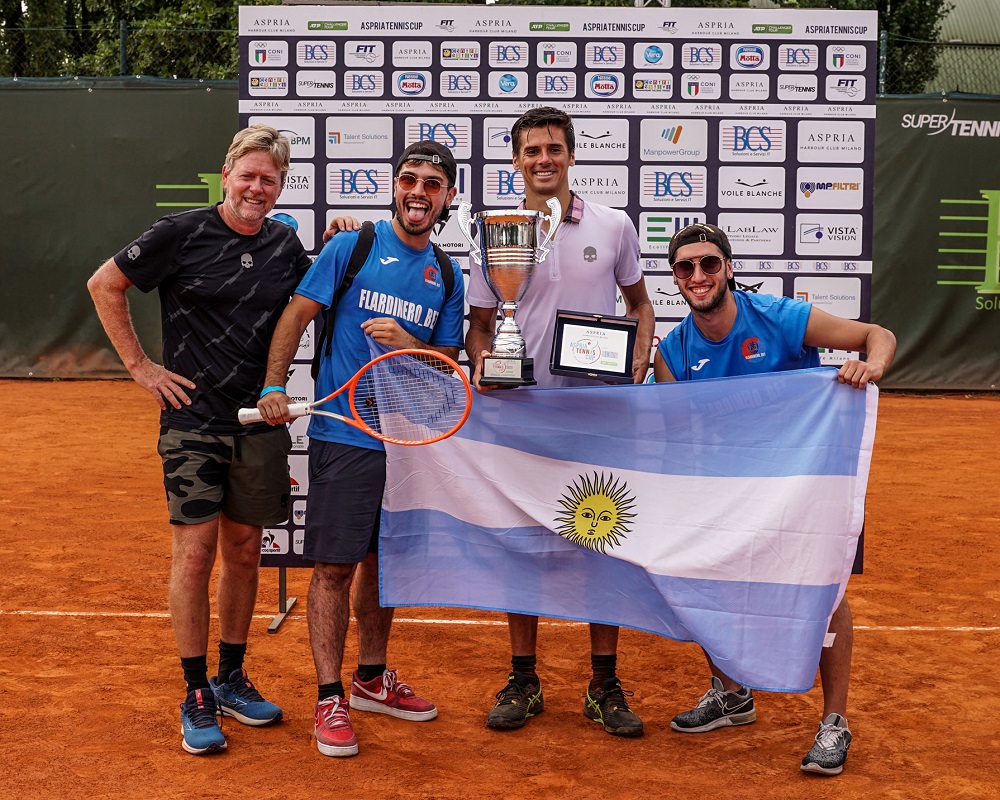 THE AMBITIONS OF CORIA

What Coria does not lack is ambition : Schneiter is a top-tier manager, one who could aspire to even higher-ranked players. And then we asked him why he agreed to coach him. “He wanted to play in the ATP circuit at all costs – says the” Gringo “- when I worked with Garin and Londero I followed him from outside, and when I closed the partnership with Garin he gave me wanted at all costs. I was not very convinced, I told him because we know each other well and he knew that maybe I would have preferred another player, but in the end we decided to try ”. The results are on their side, and Schneiter is satisfied “Achieving a best ranking at number 52 is good, he didn’t expect it. But now we will try to do better. I also work with Hugo Dellien, who has just returned to the top 100. I like to train tennis players who listen and follow my directions: in the past I have worked with someone who did not want to listen too much, and I don’t like that. On the contrary, it makes me very happy to help my players to overcome the limit. Sure, I’d like to have a top-10 or a top-20, but maybe in the future that will happen. I would say that I do not lack experience “. He says this while he is his player they already have one foot on the plane that will take them to London, where they will try to exploit the trust accumulated in Milan, albeit on a completely different surface. Thus, with the success of Federico Coria (third Argentine to win after Delbonis and Pella), the sixteenth edition of the ASPRIA Tennis Cup goes to the archive. A tournament that is strengthened by experience and on a more than tested organizational machine. In addition to the perfect success of the competitive event, the return of the collateral events (the now historic aperitifs on the terrace, organized by the sponsors) made a successful week even more enjoyable, also in terms of public . And the Milanese fans have discovered a guy we will hear about, and that he has been well liked since day one. It is not certain that Francesco Passaro will replay this tournament, but it is certain that his star has started to shine right in Milan. “You are a great player, but an even better person” said Coria during the awards ceremony. Curtain, waiting for the seventeen edition. 2023 is already printed on the bulletin board with the tournament’s roll of honor, hanging in the tunnel of the ASPRIA Harbor Club. But now it’s time to add Federico Coria’s name. 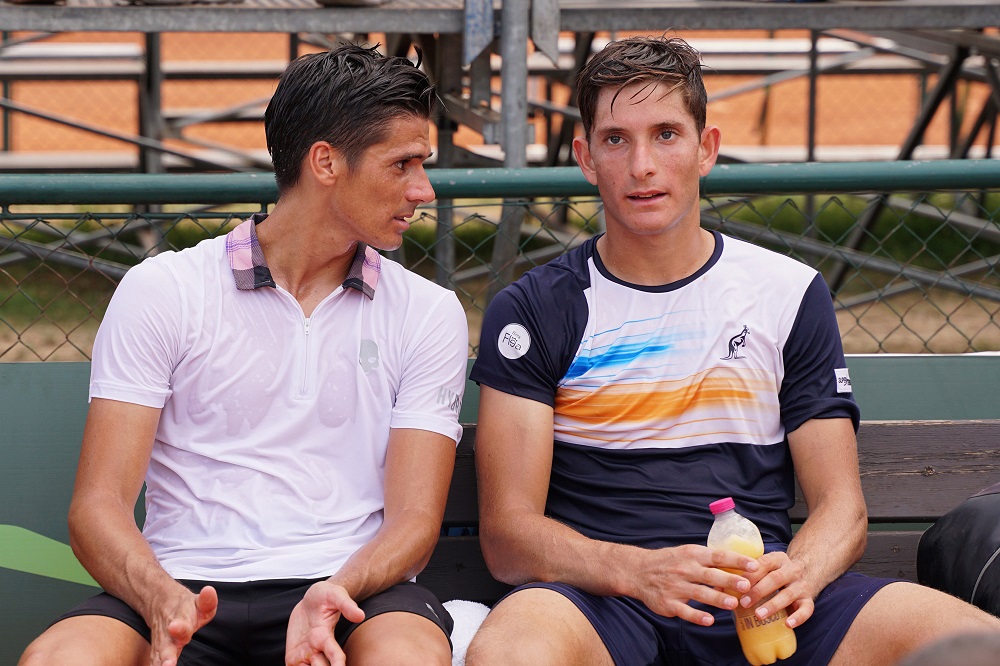