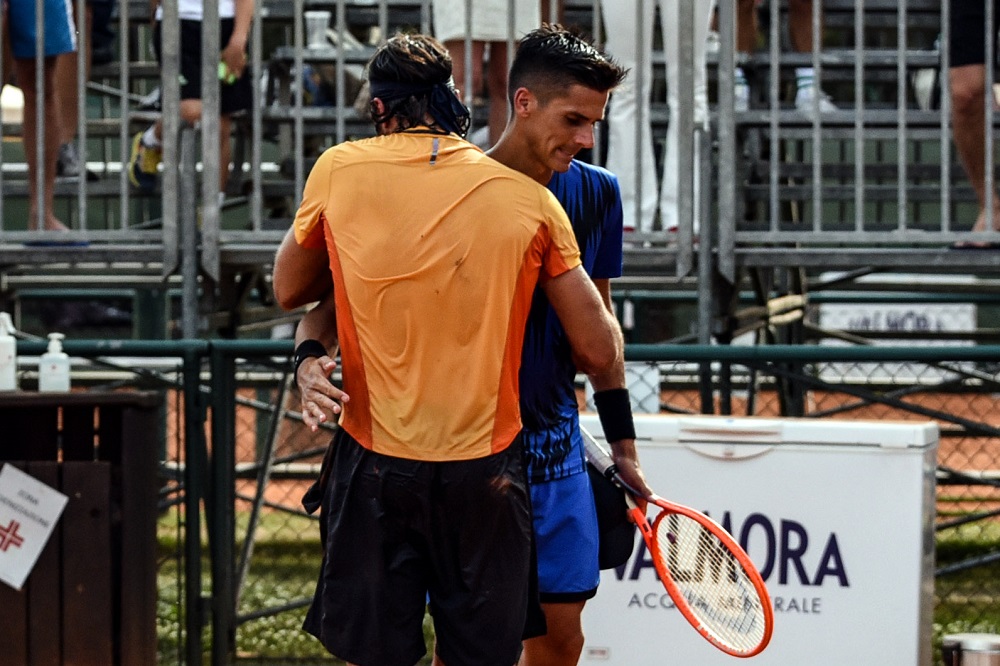 “You always go back to where you were happy” reads a hugely successful song. The saying also applies to the ASPRIA Tennis Cup – BCS Trophy , edition 2022: it is the first thought after reading the entry list released by the ATP. Great pride for the organizers, who can celebrate the best player park ever. Three top-100 ATP entries, a former Roland Garros semifinalist (as well as winner of this tournament) and many players who have been protagonists in the last editions. But let’s go in order: the seeding will be led by Federico Coria, number 65 ATP, finalist in office and capable of obtaining significant results in the last eighteen months. A clay court specialist like Hugo Dellien (b.85), winner of the tournament in 2019, when a large group of Bolivians living in Italy rushed to support him in the final. To complete the trio of top-100 ATP there would be Benoit Paire, former French top-20 who in the past had already played at the ASPRIA Harbor Club. In his case, however, it is necessary to use the conditional because after the recent defeat in Stuttgart he announced an indefinite stop from tennis. But Paire is unpredictable, and for now his name embellishes the entry list. The reigning champion Gian Marco Moroni, who last year played a fantastic tournament until the final success against Coria, will certainly be part of the match. Today he is number 169 ATP and will try to raise the goal of entering the top-100 ATP from Milan.

Same goal of Marco Cecchinato, already winner of the tournament in 2016 and two years later capable of hitting the incredible semifinal at Roland Garros. At the time, Milan gave way to an extraordinary climb, who knows that the same will not happen in 2022. Certainly the talented Sicilian will be among the most anticipated names like Gianluca Mager, finalist in 2018 who will present himself for the first time as a father . Not only Italy: as often happens in the enchanting club in Via Cascina Bellaria, there will be a nice mix between youth and experience: on the pitch the talented Corentin Moutet, born in 1999, who was talked about a lot of good, and who a few weeks ago challenged Rafael Nadal on the central of Roland Garros, but also the eternal Robin Haase. Born in 1987, the Dutchman has a very prestigious past and still dreams of regaining a place in the tennis that he counts. In this sense, the points at stake in Milan could give him a big hand. Having said that the Argentine Pedro Cachin (semi-finalist in 2021) will also be part of the match, the field of participation will certainly be enriched by the wild cards assigned by the FIT Technical Sector, which will also be able to draw from a decidedly interesting nursery, as evidenced by the results of the latest weeks.

A TOUCH OF ART

While waiting to know the definitive player pool, it is worth remembering the reference points of edition number 16, a figure that places the ASPRIA Tennis Cup – BCS Trophy among the longest-running tournaments on the national scene: it starts on Sunday 19 June with the qualifications, with the main draw at the start on Monday 20. The final of the doubles will be played on Saturday 25, while the last act is scheduled for the afternoon of Sunday 26. It is already possible to buy tickets for the two final days on the Ticketone circuit. It will be a weekend not to be missed, as well as the whole week. A tournament that attracted the attention of an important artist like Gennaro Regina: born in 1965, over the years he has acquired an important popularity as an artist and gallery owner. His first major exhibition dates back to 2007, when he exhibited paintings and collages at the PAN (Palazzo d’Arte in Naples), only to arrive at some of the most important galleries in the world, including the United States. Strongly influenced by Andy Warhol, for this tournament he created the image that dominates all the official posters: a stylized tennis court with the silhouette of Piazza Duomo in the background, the most iconic of the city of Milan.