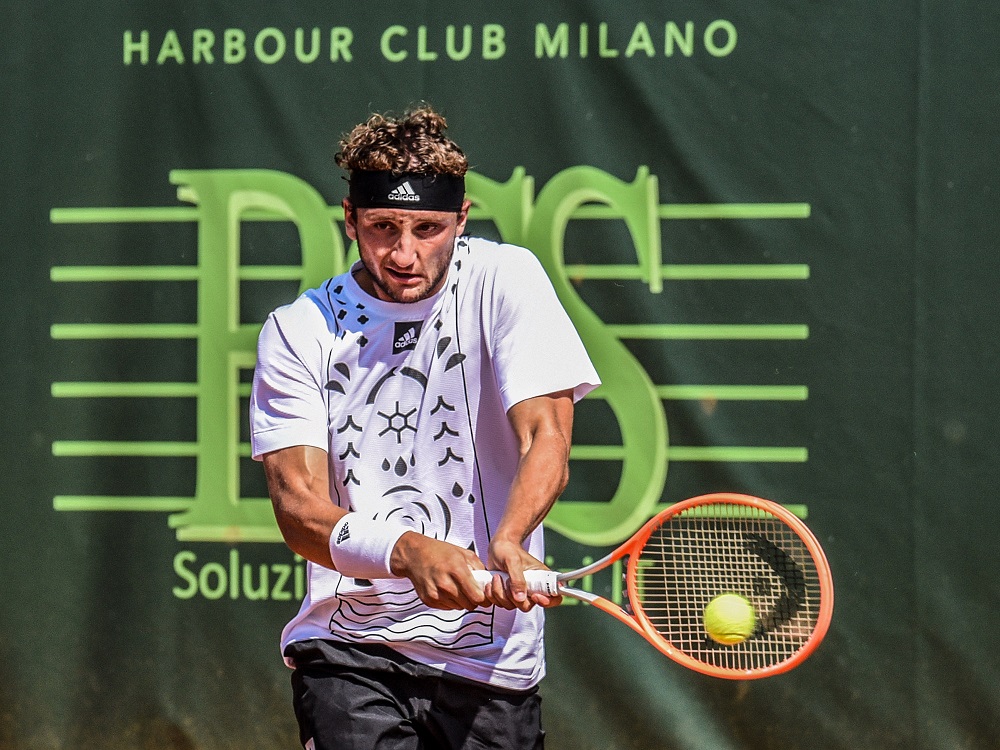 The last time Federico Arnaboldi played the main draw of a Challenger tournament was in 2019. Three appearances, two as a wild card and one as a lucky loser. Therefore, his qualification for the ASPRIA Tennis Cup – BCS Trophy (€45,730, clay) has a special flavor. For the first time, he will play such an important tournament having won it on his own strength, moreover in the city where he won the Tournament of the Future in 2016. In the decisive round, the Como native overcame the experienced Mohamed Safwat with a score of 6-2 4-6 6-2. Prestigious victory: the Egyptian may be on the downswing, but only two years ago he climbed to ATP number 130. “I am more than satisfied with the first and third sets,” Arnaboldi began, “in the second he did something different and put in a lot of first serves, putting me in trouble in response. At the same time, my percentages also went down. But he did well, I have no particular demerits.” Class of 2000 (he turned 22 just two days ago), Arnaboldi is coached by former davisman Diego Nargiso, who with him retains the habit of catechizing his player immediately after the match. A few minutes of chat, thick and intense. “He is very pressing in a positive sense,” Arnaboldi continued, “in these cases we just analyze the match. Today he scolded me a bit: I’m looking for confidence, having recently resumed playing after a long injury, so I’m a bit too critical of myself. He tells me not to, he knows it takes time.”

Nargiso is a key figure in Arnaboldi’s growth and development, partly by virtue of a very heated character: Nargiso is passionate, sanguine, while Arnaboldi is a rather posed guy. “Meanwhile, he is very good from a technical point of view,” adds Federico, “I have great confidence in what he says, because the facts show that he is always right. Also he cares a lot, he has great passion. During the game he incites me a lot: I am by nature a quiet guy, but compared to when I was a kid I have improved a lot, I charge more and have a generally better attitude. I still have to work on it, but I’m happy with the direction I’m going.” Number 597 ATP, Arnaboldi has seen his growth slow due to a nagging injury that has dragged on for too long. “I got stuck at my best moment: I had just won two tournaments in a row, then at the end of July last year I experienced abdominal pain. I made the mistake of playing on it for three tournaments, then on the fourth one I stopped and the MRI showed a tear. I got treatment – I thought right – but after two months another tear appeared, slightly lower but in the same area. Again I stopped a few months, but in January I played just two tournaments and got stuck again. Then I did more thorough investigations and we finally identified the source of the problem and how to avoid it. I’ve been recovering for a couple of months, but athletically I’m still a bit behind. I’m struggling, the condition is still not optimal. It will take some time.” 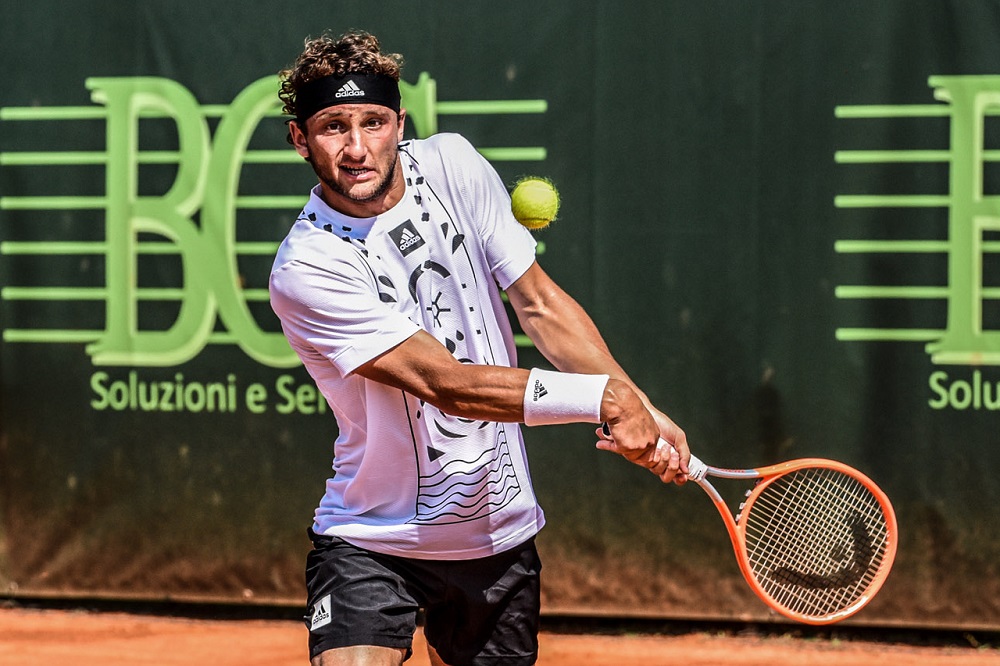 Meanwhile, he celebrates a good result, which allows him to gain experience in a world – the Challenger world – that he does not yet know too well. “Compared to ITF tournaments there is great professionalism. I notice that all the players keep to themselves and do their duty,” Arnaboldi continues, “on the court, I have to say that in the post-COVID era the level of ITF tournaments has grown a lot. My idea is that between ITF and Challenger there is not too much distance.” Arnaboldi will return to the court on Tuesday and will be able to test his impression against Canadian Alexis Galarneau (No. 297 ATP), a tough but certainly not unbeatable opponent: after the semifinal in Francavilla al Mare, he has picked up three first-round defeats in a row. Federico aims to imitate his cousin Andrea, who has a long history in this tournament: he boasts a semifinal in 2013 and a fourth in 2018. A cousin who represents so much for Arnaboldi Jr. “He doesn’t want to meddle in my career, he often insists that I have to go my own way and make my own mistakes,” Arnaboldi concludes, “but if I ask him something he is always ready to give advice, he is very present in my life, as I am in his. The best advice? He has probably yet to give it to me. And then he is still very motivated, he is convinced that he can still do something good in played tennis, and maybe improve his best ranking. As for me, since I was a child I have been cultivating the dream that he could help me. Maybe one day, who knows.”