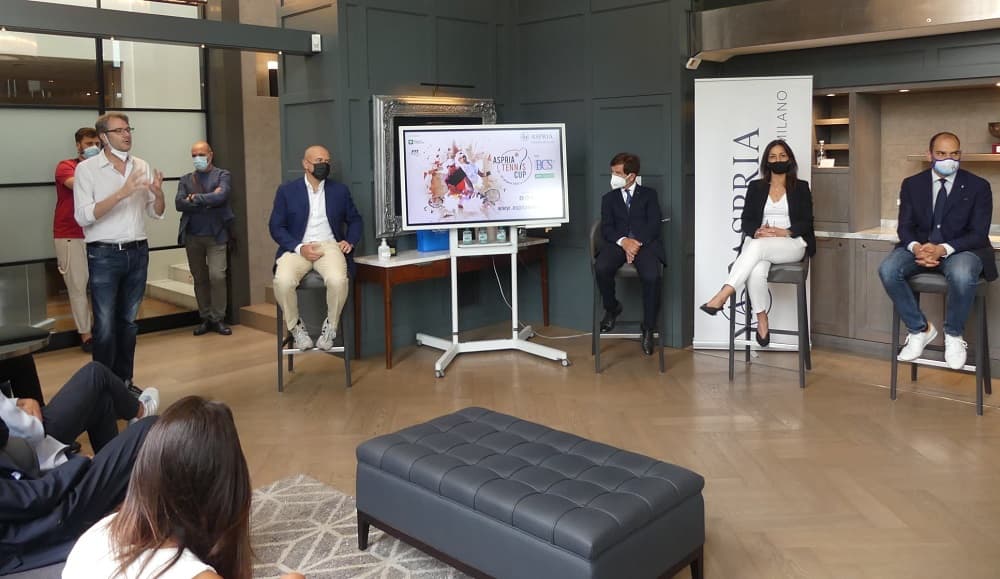 Milan rejoices. Two years later, ASPRIA Harbour Club finds its tournament again, in its week. The elegant club on Via Cascina Bellaria hosted the first official act of the 15th edition of the early summer ATP Challenger, with the presentation press conference. The buzzword was “presence,” emphasized several times by the club’s General Manager Roberta Minardi, who was particularly pleased with the return to the world circuit of a club with a thousand initiatives, but which sees the ASPRIA Tennis Cup – BCS Trophy as one of its main feathers in the cap. Also at the event, moderated by Lorenzo Cazzaniga, was Massimo Riva, president of CONI Lombardy. “In such a special year for CONI, with the holding of the Olympics, it is nice that Milan finds such an important tournament, an ideal prologue for the many prestigious events that will accompany us in the coming months and years.” The event is scheduled for June 20-27, with a 32-player main draw and 16-player qualifiers. On the technical side, there is indeed cause for satisfaction. According to Carlo Alagna, organizing director, the players to keep an eye on are mainly Jack Sock (former top-10 ATP and Wimbledon doubles champion) and the very young Holger Rune, one of the brightest promises of world tennis. Class of 2003, at just 16 years old he was No. 1 junior and winner of Roland Garros. He is seizing great results this year, and his recent victory at the Biella Challenger has him close to the ATP top-200. In other words, the ASPRIA Harbour Club will host those who have been among the top-10 and those who – in all likelihood – will get there. The hope is that Giulio Zeppieri, one of the three wild cards for the main draw announced by tournament director Massimo Lacarbonara, can do the same. In addition to Zeppieri (class of 2001, former “twin” of Lorenzo Musetti and a really interesting prospect), Raul Brancaccio and the eternal Luca Vanni, who after so many physical problems is trying to stay competitive and build a nice last part of his career, received the invitation. On the other hand, in unsuspected times, he had not ruled out continuing to play until the age of 40. Tournaments of this level need several ingredients, all of which are indispensable: in addition to the passion and expertise of the organizers and the hospitality of a prestigious club, the support of sponsors is necessary. The ASPRIA Tennis Cup can rejoice thanks to the support of BCS, a leading IT services company. President Giuseppe Fumagalli was at the conference: “Our company provides services in the medical and health fields, so it has suffered less than others from the effects of the crisis, although it has been a tough time for everyone. Beyond that, we are more than happy to continue supporting a competition that has seen us in the forefront for many, many years.” Fumagalli is a great tennis fan, and he recalled a nice anecdote: “Two years ago we hosted Lorenzo Musetti, author of a beautiful semifinal. After his elimination, he was the one who asked me to play a few rounds together. In light of recent results, you could say that BCS brought him luck.” Not to mention that Jannik Sinner also came through ASPRIA Harbour Club the year before. Finding the Musets and Sinners of the future will be the goal of this edition number 15, which – albeit in compliance with current regulations (mask use, social distancing and the presence of a COVID manager to oversee compliance) – will allow public access. Speaking of sponsors, there are indeed many companies that have chosen to link their names to the ASPRIA Tennis Cup. In addition to the aforementioned BCS, the new entry Humangest, Acqua Valmora, RDS and COVERLIT are worth mentioning. Also worth mentioning is the great commitment of Cerba HealthCare Italia, which will take care of all aspects related to prevention, including swabs for athletes, and Ecolife Milano: in addition to guaranteeing the physiotherapy service, it will provide one of its elements (Emilio Tirelli) in the role of COVID Manager. Fans will have access to the facility within the limit of 25 percent of the capacity. Admission will be free until Friday, June 25, then ticketing will be activated for the last two days. There will also be a lot of social activity, both on the tournament’s Facebook page and on the ASPRIA Harbour Club’s social pages. Among the new features of this edition will be a few-minute mini-podcast at the end of each individual day to report on what happened on the tournament fields, available directly from the event’s social pages. As per tradition, live TV coverage of the finals is also planned. On Sunday, June 27, SuperTennis TV (digital terrestrial channel No. 64) will go live to broadcast the final act of the competition. The visibility will be maximum, since on that day the Milan final will be the only professional event ever. 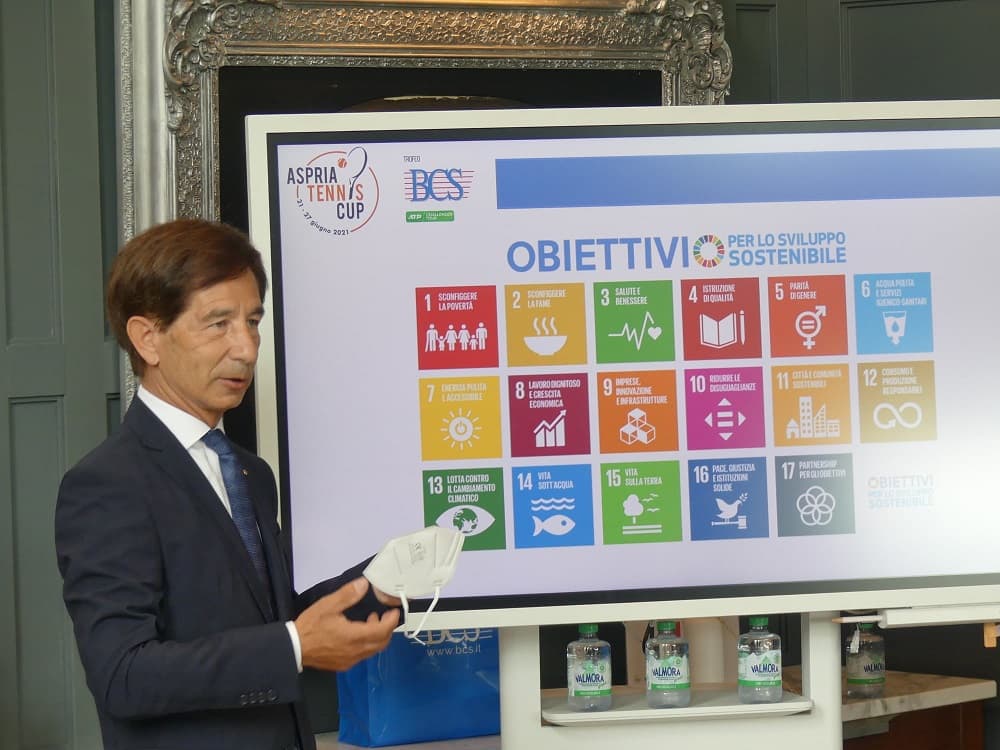