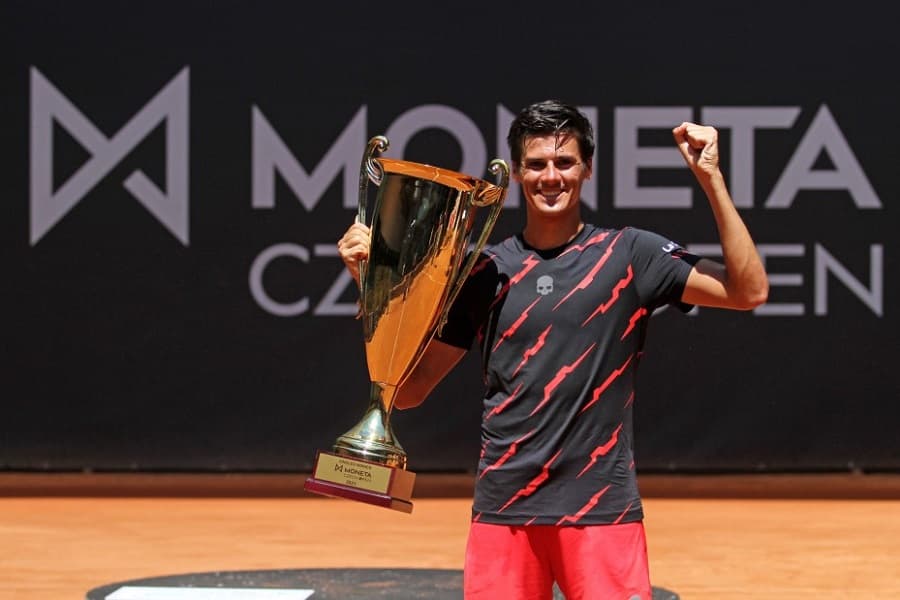 A player in great shape, just returned among the ATP top-100, a rising baby-phenomenon, and five Italian players. The 15th edition of the ASPRIA Tennis Cup – BCS Trophy (€44,820, clay) contains all the ingredients that help make an ATP Challenger attractive and competitive. The compulsory favorite and first seed is Argentina’s Federico Coria. The Wizard’s brother is number 103 ATP, but the victory he just picked up in Prostejov will allow him to rise to around the 90th position. The Argentine will debut against Italy’s Riccardo Bonadio, also coming off a good tournament in Kazakhstan. Holger Rune’s fate is curious: the young Dane (already No. 1 junior) was not eligible by right in the original entry list, but his recent victory in Biella has allowed him to climb about 60 positions in the ranking, which allows him to be as high as No. 2 on the scoreboard. Rune will make his debut against Taiwanese Tung-Lin Wu, then in the second round he will have a not easy task against the winner of the Maghreb derby between Malek Jaziri (Tunisian) and Elliot Benchetrit (Moroccan of French origin). But let’s come to the Italians: pending the outcome of the qualifiers, there are five Italians competing. None of them are among the top seeds. Having said Bonadio (very unlucky, because he will immediately find Coria), complicated commitment also for Andrea Arnaboldi from Lombardy, engaged against the French Tristan Lamasine (No. 6 on the scoreboard).

The best draw probably happened to wild card Luca Vanni, engaged against Czech Jiri Lehecka. Also competing was Gianmarco Moroni, immediately engaged in the interesting match against the Italian-Croatian Viktor Galovic. The Roman has been admitted with a wild card, just like Raul Brancaccio: the capano will challenge Argentine Pedro Cachin. Apart from that, there are several interesting first rounds. Above all, the generational challenge between Guillermo Garcia Lopez (class of 1983 and former ATP No. 27) and the young Ulises Blanch, one of the most promising Americans and the No. 3 seed. Also worth following is the challenge between Argentine Facundo Mena and Serbian Pedja Krstin, who was already a star at the ASPRIA Tennis Cup a few years ago. There are all the premises for an excellent tournament, considering the average level of the participants: the last one admitted by right (Galovic) is number 296 ATP, cut-off very close to the original one and definitely good for a tournament scheduled in the qualifying week of a Slam (in this case, Wimbledon). The main draw will start on Monday, June 21: of note, in the role of supervisor, is the presence of Ahmed Abdel-Azim, a rather well-known face on the world circuit in the role of chair judge.

The qualifying draw has also been drawn. In compliance with the new ATP rules, there are 16 players who will battle for four places in the main draw. Among them are five Italians. Expectation is especially high for Giulio Zeppieri (No. 6 in the draw), called to redeem himself after the unfortunate episode at the Rome-Garden Challenger a couple of months ago. After a debut against wild card Francesco Passaro, he could play the main draw against the No. 1 on the draw, Czech Michael Vrbensky. The qualifying draw is very interesting and includes two matches of sure interest, featuring two young Italians. Matteo Berrettini (younger brother of Matteo, a top-10 ATP player and finalist at Queen’s), opposing Frenchman Evan Furness (No. 3 on the scoreboard) and former promise Stefano Napolitano, class of 1995, who after many difficulties (including physical ones) is trying to recover and return (at least) to the levels that a few years ago had brought him around the No. 150 ATP rank. The Biellese will face Croatian Duje Ajdukovic, the number 4 seed. Further enhancing the interest of the qualifiers is the presence of two former junior No. 1s: Brazilian Orlando Luz (class of 1998, No. 1 in 2015) and Czech Jan Forejtek (20 years old on March 10, best junior in 2019). The first round of “quali” will be played on Sunday, while the four qualifiers will be determined on Monday. Until Friday, June 25, admission to the ASPRIA Harbour Club will be free, although limited to 25 percent of the total capacity in compliance with current regulations.