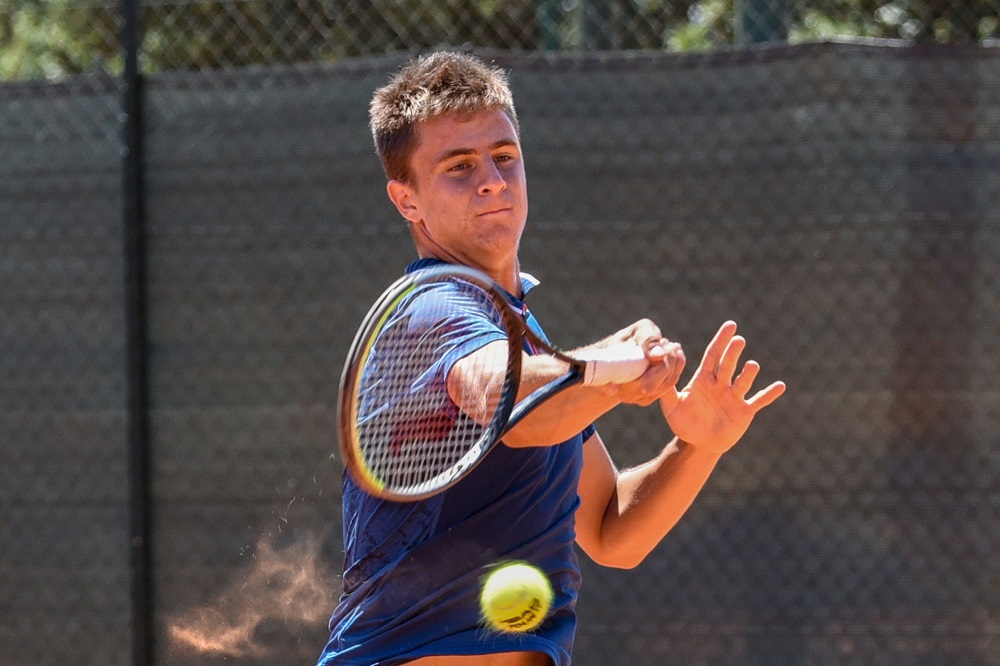 “I never thought I was the underdog in this match.” Duje Ajdukovic begins this way, making it clear that he is not interested in stereotypes, banal answers, precooked sentences. As if it were routine to beat seed number 3 if you come from the qualifiers, however with a clear 6-3 6-1. “I am a clay player, while he is American, he has spent most of his time on hard court”. We would like to remind him that Ulises Blanch trained for a long time in Argentina, with an Argentinian coach, and he knows clay well. “Ah, I didn’t know. However, nothing changes. I didn’t think for a second that I was the underdog ”. The 20-year-old from Split is not only the star of the day, but to this day he is the revelation of the ASPRIA Tennis Cup – BCS Trophy (€ 44,820, clay). Although, judging by his answers and his gaze, made even more fulminating by the use of the mask, it shouldn’t be a surprise for him. “I adapted to his game – he says – Blanch serves well, I didn’t give him many corners and I kept him as far as possible from the baseline. Overall, I played better than him ”. Ajdukovic has everything to become a character. Physical, game, personality and the right people by his side. He is part of Ivan Ljubicic’s orbit, who acts as his manager and mentor. In his young career he played two Challenger semi-finals (in his native Split and in Maia): judging by the tennis expressed in Milan, with four wins without losing a set, could this be the right time for the first title? “I always play to win – cut short – I’ve never thought of anything other than winning. Let’s see what happens, but I firmly believe I can win the tournament ”. 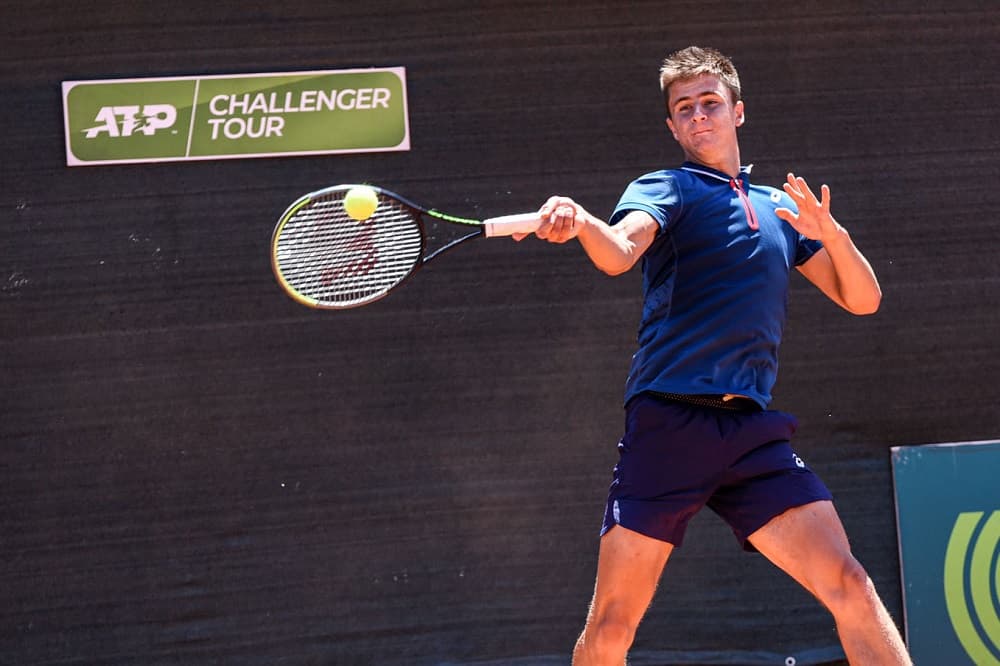 THE RICCARDO PIATTI EXPERIENCE AND SUMMER 2021

Son of Romeo, former Hajduk Split footballer, he started playing at the age of 5 to imitate his older sister. In his path there is also a bit of Italy: when he was 17 he passed through Bordighera, at the Riccardo Piatti Academy. When we remind him, his eyes light up. “Riccardo is by far the best coach he has ever had. I spent a year in Bordighera and we worked very well. I improved a lot, but at that age it was a little early to spend so much time away from home. But if you ask me who are the best coaches I’ve had, I have no doubts: Riccardo, Andrea (Volpini) and Cristian (Brandi) ”. The answer that surprises, and makes the character understand, comes immediately after. We asked him who he currently trains with. “For this summer I will be alone, I do self-coaching”. But is it your choice? “Yes, that’s what I decided. It’s not that bad, you do your thing, you are focused on yourself and it doesn’t get any better. You think about what to do on the pitch, without others doing it “. A courageous decision, given the age of 20 and the fact that it is a conscious choice, not a necessity. “Obviously there are people who give me a hand and take care of me: the captain of the national team Vedran Martic, a legend like Marin Cilic and then there is Ljubicic”. Thinking about the future, it is difficult to get a sentence from him about hope and future goals. When we ask him where he can go, he entrenches himself a couple of times behind a “I don’t know”. On the seasonal objectives, the work on the hips produces a: “I have no goals for this year. Last year, when I set goals, a lot happened. But I would like to play the US Open, this is my current goal “. We do not know if the number 297 ATP will become a champion, but after Ivanisevic (“I’ve met him several times, he’s a nice person”), Ljubicic and Cilic and a Coric who is now in the pits, Croatia has found new potential character. A name to follow. 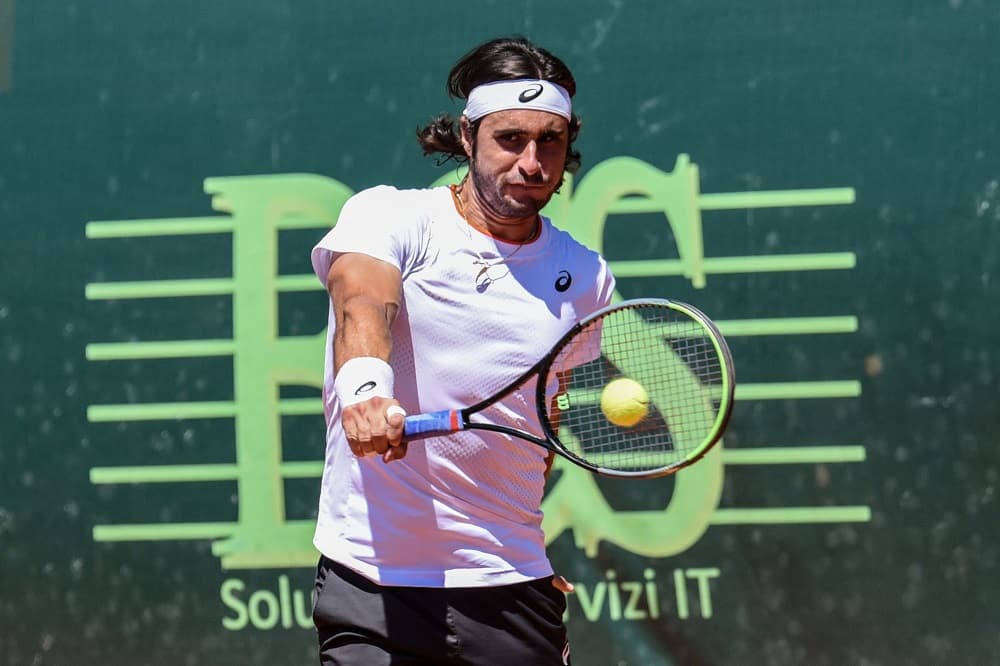 To challenge Ajdukovic in the quarter-finals will be the last Italian in the race: Gian Marco Moroni managed the pressure excellently in the match against Orlando Luz. The Brazilian was in a good moment, so the 6-3 6-4 for the Roman is a valuable result. In the first set, a break in the sixth game was enough for him, while there was more battle in the second. Luz has identified in the backhand of Moroni the point on which to push, however with alternating successes. It is true that Moroni mainly pushes with his forehand, but he has agreed to play several backhands, sending an important signal to his opponent. Forward 6-3 3-1, he let himself be resumed at 3-3 but found the decisive break in the seventh game. Playing with his usual passion, he managed to close and celebrated in his own way, dropping the racket, the strap and mimicking the gesture of the Bufalo, now a distinctive feature. Against Ajdukovic it will not be easy, given the lightness and healthy bravado of the Croatian, but the Moroni seen in Milan seems ready for the challenge. The match will inaugurate the program on the Central Court, starting from at 12. There is no precedent between the two. The last to hit a place in the quarters was number 1 Federico Coria, the only top-100 competing at the ASPRIA Harbor Club. The Argentine won 7-6 6-3 against Mirza Basic, but it was a grind . The Bosnian took the field with clear ideas: not at all bothered by Coria’s throw-in tennis, he played an attacking match. Aided by the windy conditions (often the red earth has lifted, pushed by the wind), he has come one step away from winning the first set. He had two setpoints in the tie-break (at 6-5 and 7-6), but Coria was very good in time of need: under 7-6, he played two very complicated passers-by, one forehand and one backhand, who brought the match back in his direction. The cry of exultation at the partial end also accompanied him in the second, in which a break in the eighth game (the only one in the set) was enough to close the practice. The Argentine will be back on the pitch, again at 5pm, against Gastao Elias, formerly # 57 ATP. Luxury match, for a Challenger quarter-final.