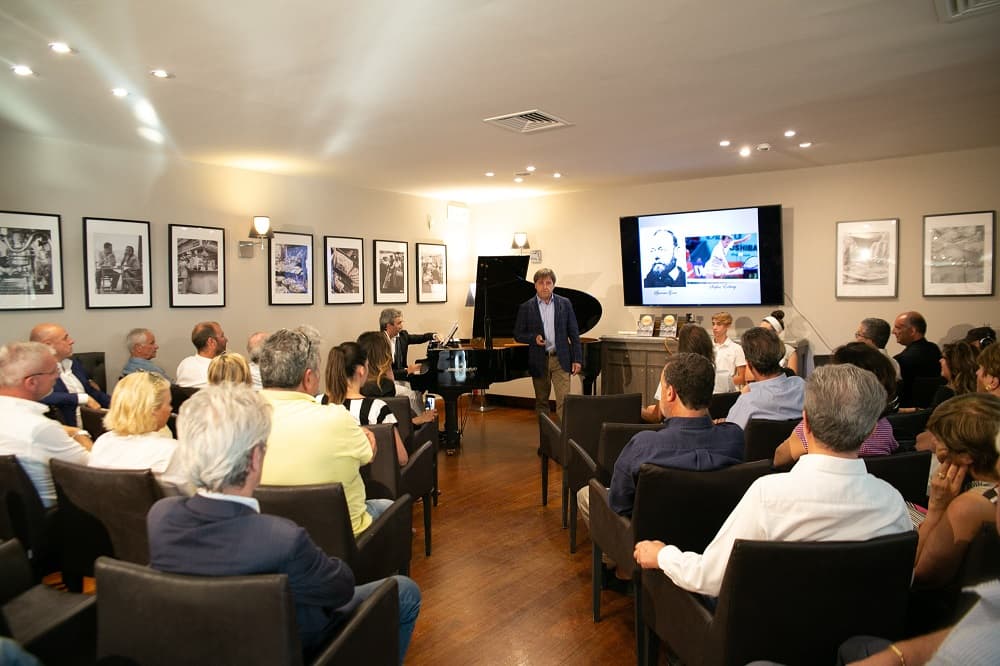 What makes the ASPRIA Tennis Cup – BCS Trophy special, and so different from most Challenger tournaments, is the large number of side events. The 14th edition also offers a number of events. Late Monday afternoon, “TENNIS RHAPSODY,” an elegant and fascinating mix of tennis and music, was held at a specially set up room in the ASPRIA Harbour Club building. Playing the piano was maestro Christian Raimo, while the narratives were performed by Luca Bottazzi. Introducing the whole thing was Carlo Annovazzi, a well-known journalist for Repubblica, who triggered thunderous applause from the audience when he announced the awarding of the 2026 Winter Olympics to Milan-Cortina, which had taken place about an hour earlier and of which few people were already aware. In front of an audience of about 80 people, Raimo and Bottazzi created a fascinating and evocative atmosphere. Accompanying Tennis Rhapsody was the appetizer offered by Oyster Oasis and Food Writers, tasty and special, enjoyed by all present.