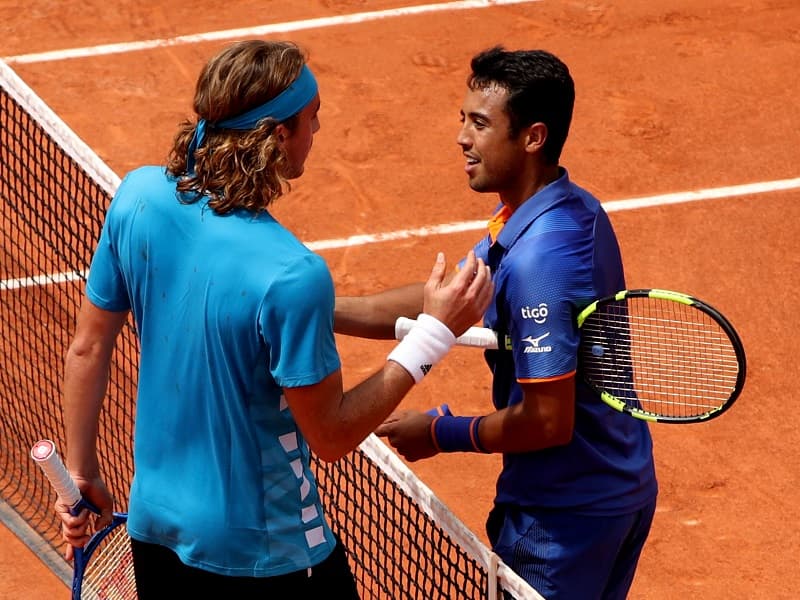 A top player, a former top-5 and a great promise not yet lost. These are the main ingredients of the fourteenth edition of the ASPRIA Tennis Cup – BCS Trophy, an ATP Challenger scheduled on the courts of the ASPRIA Harbour Club in Milan. Placed, as always, in the week before Wimbledon, the Milan event can count on a large number of clay court specialists and there are several stories to tell. The draw will be led by Bolivian Hugo Dellien, who is writing historic pages in his country’s tennis history. It has not been more than 30 years since Bolivia has brought a player into the ATP top-100. To the tune of results in the Challenger circuit and with early exploits in major tournaments, Dellien has settled in at number 86 and played a splendid match at Roland Garros against Stefanos Tsitsipas. Results that are worth a lot, especially compared to his home country, whose environmental conditions are not easy, given the altitude of the major cities. There is great anticipation for Tommy Robredo’s Milanese return. The Spaniard, a former top-5 ATP player, wants nothing to do with raising the white flag. His return to the tour has not been too happy, but he was convinced he could do great things: he proved it at the recent ATP Challenger in Poznan, in which he pocketed his fifth title in a major event. Interestingly, the first two were almost 20 years ago. Incidentally, Robredo had already won at the ASPRIA Tennis Cup – BCS Trophy in 2012, kicking off a meteoric run-up that would return him to the ATP top-20. He is unlikely to return to those levels, but he remains an example to follow for the will and passion he puts into every match. His success in Poland brought him back to within reach of the ATP top 200, and Milan will be an important stage to see if he can carve out some more space in the tennis that matters. After all, he is younger than Roger Federer…. Also at Aspria Harbour Club will be Gianluigi Quinzi, whose story is well known. He was supposed to be the Messiah of Italian tennis, but the transition to professionalism has been very, very hard. Today he is 23 years old and there is still time to take the satisfaction he dreamed of as a young boy.Milan will be an important stop to make up ground, as he has just expired the points from last year’s two Challenger victories. Having dropped past the 250th position, he badly needs to recover positions and confidence, all the more so after the sudden end of his partnership with coach Fabio Gorietti. Speaking of Italians, and while waiting for wild cards, we are certain to have five in the draw: in addition to Quinzi there will be Matteo Donati, Gianmarco Moroni and the experienced Matteo Viola. There is curiosity for Roman Moroni, class of 1998, author of a fantastic 2018 but a bit in trouble in the new year. Thanks to the ITF ranking, Raul Brancaccio from Campania will also have a place in the 48-player maxi-table. But the field of participation is really interesting, will land in Milan the Japanese Taro Daniel (No. 103 ATP), born in New York and raised in Spain. He too, like Dellien, has chosen to play as much as possible on clay. Similar decision for Portugal’s Pedro Sousa, also present at the Harbour Club last year. Not forgetting the young Korean Duckhee Lee, class of 1998, whose results have the miraculous because he has been deaf-mute since birth. The BCS trophy is scheduled for June 24-30.