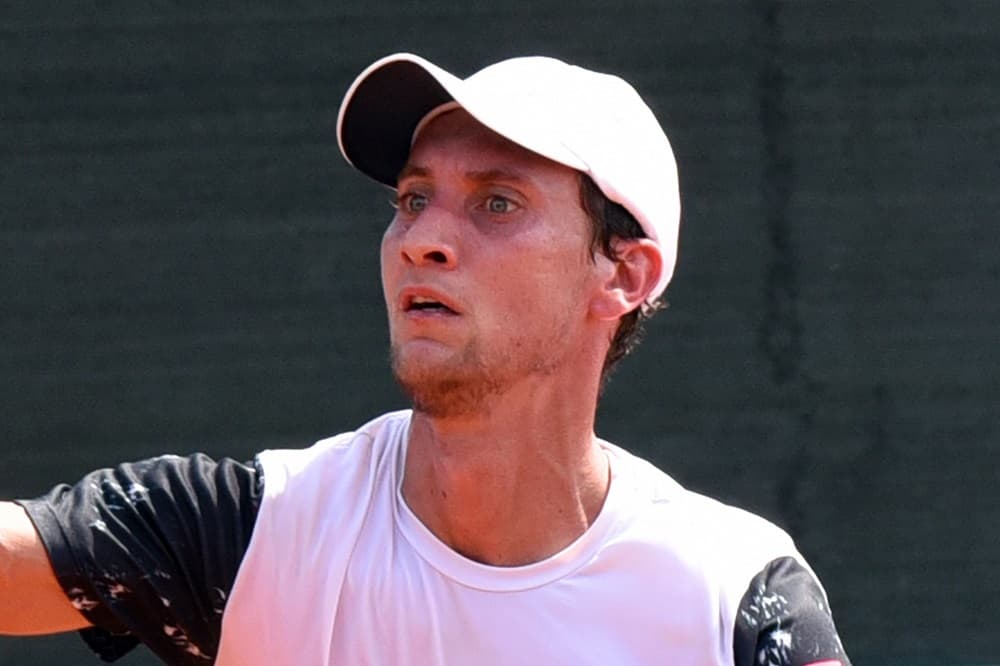 Only three years ago, Renzo Olivo was living a fantastic moment. He was beating Jo Wilfried Tsonga and was on the roster of Argentina’s Davis Cup team, which just in 2016 would win the Salad Bowl. But tennis can be a cruel sport, and it has taken him, cruelly, off the major radar. Last year 16 first-round defeats, with no particular injuries, took him out of the top-500. A disaster, for a talented young man (he was born in Rosario, same city as Lionel Messi) who had just made it in time to sniff the tennis that counts. Today Renzo is No. 341 and hopes that the ASPRIA Tennis Cup – BCS Trophy (€46,600, clay) can relaunch him in the long pursuit of the ATP top-100. “It was my goal at the beginning of the year, but today we are halfway through and I am number 341 – Olivo says after the convincing success against Roberto Cid Subervi – now I have to limit myself to thinking day by day, because if I look too high it becomes heavy on the mental level. I would like to give my best: the points and ranking will come accordingly.” On the Grandstand court he gave up just three games to the Dominican, fresh from the final in Fergana and therefore in great shape. “It was not easy because we had played twice in the last four months, and the last one he had won. In these cases you have extra pressure, it’s not the same thing as having won the last direct match. He was the one who had an extra degree of confidence,” Olivo says, “however, I remembered my win in Morelos, in which I had won easily. I focused on how I had played, and fortunately I put the plan in place the right way.” It was played under a scorching sun, with about 35 degrees (and the forecast is for a possible increase in the past few days). “The weather was very difficult,” admits the Argentine, “it was very hot and I think it was a bit dangerous. At one point, from the heat, my ears were plugged. It was not easy. I only played an hour and twenty, think if it had been a three-set match…in my opinion it was a bit risky for the players, but the truth is that the conditions are the same for everyone and you have to play.”

CONFIDENCE TO BE REGAINED

He will now take on Dutchman Scott Griekspoor, No. 13 on the scoreboard. Seeing him play may remind him of his idol David Nalbandian, albeit at a lower level. “Thanks for the comparison! He actually moved the game mostly with his backhand, while I like to lead with my forehand. He was an idol, though — I met him once, we had an asado and watched a soccer game at his house in Unquillo. There were many of us though, about 20 players…. In contrast, I know his brother Javier well, who was my coach.” Last year, between defeats, Olivo had fallen into a psychological crisis from which he could not get out. He was one step away from retirement, but at the worst moment he started thinking positively again. “It’s better mentally, however, the results are not there yet. Maybe I win a good match and then lose the next 6-4 or 7-5 in the third … these are matches that another degree of confidence maybe I would have won. I hope Milan is a starting point to begin a positive process. It takes patience, the good news is that the level is high: today I beat a good player, now I find an equally strong one … but it takes patience because very few points are up for grabs. The bad news is that to get to the top-100 you have to win a lot of matches.” To regain positive feelings, the Argentine relies on technology. Some time ago, a friend of his made a video with a compilation of his most important victories. He still watches it from time to time. “I prefer to watch footage of whole matches where I won, though. It is important to regain a positive image: when you start losing, the good feelings fade away and you tend to forget the best things. Videos can be very helpful in remembering them.” Who knows, Milan, where Argentina has already won twice (Delbonis in 2015 and Pella in 2017) may sanction the rebirth of a guy who hasn’t won a tournament in three years.

Looking forward to the evening session, it was not a good day for the Azzurri: our young hopefuls picked up few games against opponents who seemed within reach. It was a bit of a disappointment for Francesco Forti, whose results in recent weeks had sparked lively optimism. Against Dominican José Hernandez-Fernandez he was never in the match, especially in the answering games. Followed in Milan by coach Claudio Galoppini and supervised by Filippo Volandri, he suffered from a ball that was a little too light. The only break came when he was trailing 4-1 in the second, but it was a flash in the pan: 6-4 6-2 to Hernandez-Fernandez. He picked up even less Giulio Zeppieri: partly the heat, partly the toxins accumulated in Parma (and not yet disposed of) rewarded Alex Molcan with a double 6-1. Emblematic was the easy smash shot out of meters that gave the lead break to the Slovak in the second set. For the Latina boy there will be more opportunities. In the afternoon there was a match featuring journalists Carlo Annovazzi and Giovanni Battista Olivero, who emerged from the “rodeo” open to all played a couple of weeks ago. Opposing professionals Bonadio-Heyman, they made a decent showing and picked up a couple of games, surrendering 6-1 6-1. An experience they are unlikely to forget. Other matches included Alexandre Muller’s victory in the French derby against the experienced Stephane Robert. Super program for Wednesday: all the bigs will take the court, from Hugo Dellien (opposing Riccardo Bonadio) to Tommy Robredo, via Paolo Lorenzi and young Gian Marco Moroni, whose performance is rather expected. The scoreboard will line up in the round of 16.