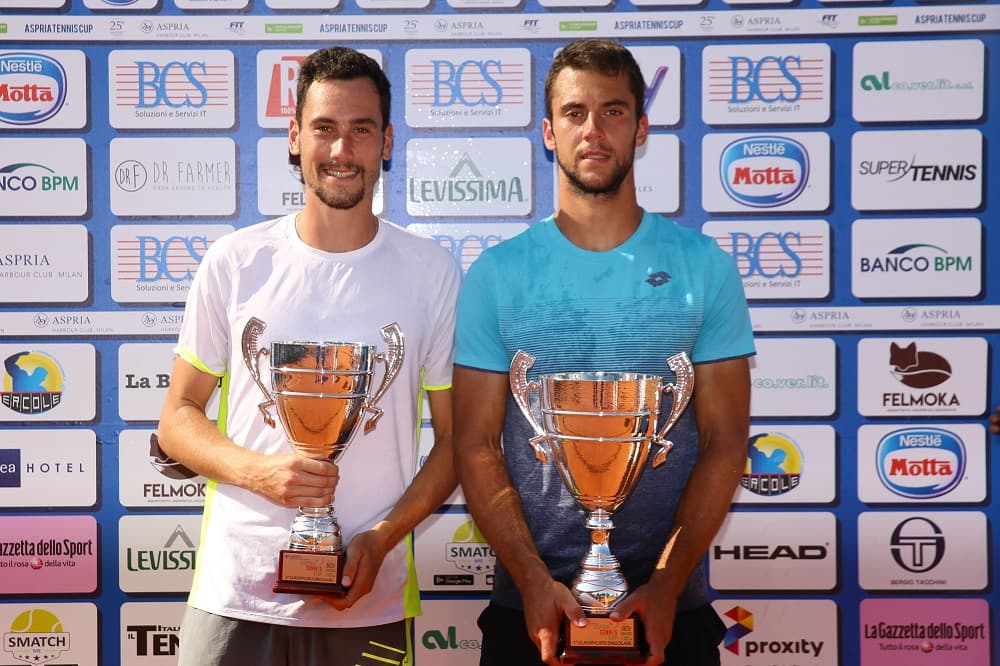 The fourteenth edition of the Aspria Tennis Cup – BCS Trophy is part of the ATP Challenger circuit, which underwent major changes in 2019. To lend a hand to organizers and improve the quality of the participation field, the ATP has proposed some changes. First, the tournament will last seven days and no longer nine. Qualifying has been virtually abolished: the preliminary draw is still there, but it is reduced to four players and two matches. On the other hand, the main draw features 48 players. This way there is even more selection and the average quality of players will be even higher. The first rounds will be played on Monday, June 24, with the grand final scheduled for Sunday, June 30. The Aspria Tennis Cup is one of the longest-running ATP Challengers on the Italian calendar. It has been played continuously since 2006 and this year will celebrate edition number fourteen. Excellent players have passed from the ASPRIA Harbour Club, as well witnessed by the last edition. In 2018 it was Serbian Laslo Djere, who a few months later won the ATP 500 tournament in Rio de Janeiro, earning a place among the ATP top-30. He was also a major player at the recent Roland Garros, where he made it to the third round and nearly overcame Kei Nishikori. Even the finalist, Italy’s Gianluca Mager, has gained momentum right out of Milan on an exciting run to the ATP top-100. But the entire history of this tournament is extraordinary: it is impossible to forget the 2016 edition, won by Marco Cecchinato. Two years later, the Sicilian would then hit a historic semifinal at Roland Garros, the first Italian after 40 years. But there are many champions who have taken turns on the courts of the ASPRIA Harbour Club in recent years: Tommy Robredo, Albert Ramos, Filippo Volandri and many others. In short, in addition to enjoying a great show, spectators of the ASPRIA Tennis Cup – BCS Trophy have the reasonable assurance that they will be able to admire the champions and protagonists of tomorrow.