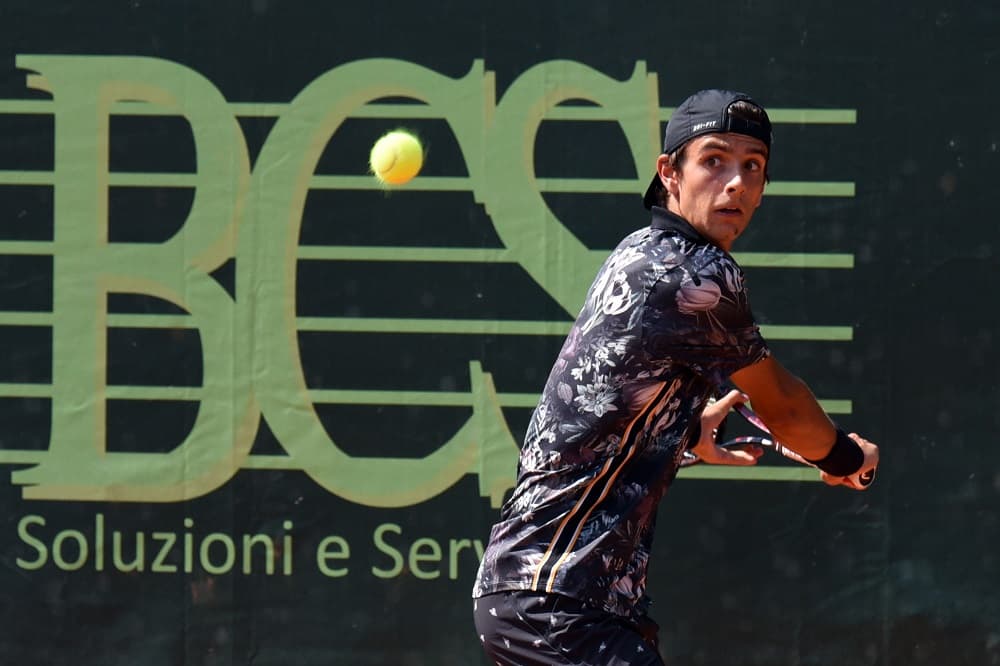 “I think it was the hottest day since I’ve been playing tennis.” He is exhausted, Lorenzo Musetti. But he is also satisfied and excited. As the thermometer touched 37 degrees, the Golden Boy of blue tennis reached the quarters in an ATP Challenger for the first time. After third rounds in Barletta and Francavilla, he went one step further at the ASPRIA Tennis Cup – BCS Trophy (€46,600, clay). In a match played in extreme conditions, he won the endurance match against Dominican José Hernandez-Fernandez. A good player, with a rather heavy ball, with some experience in the Challenger circuit. But Musetti plays better, as much as his tennis is a building site that is rapidly taking shape. Hernandez-Fernandez withdrew at the score of 7-5 3-0 for Musetti, when the match was well downhill for the boy from Carrara. If the heat played a starring role, interesting things were seen in the hour and twenty on the ASPRIA Harbour Club Central. For example, Musetti served quite well. Already in the second game he erased four break points, including three with his serve. Even better in the game on 6-5, decisive to close out the set: three big serves and a winning backhand proved decisive, in hindsight, for the outcome of the match. “Today the serve is the shot that helped me the most,” says Musetti, “I needed to not stretch the exchanges too much and it helped me even in the most important game, the last game of the first set. In fact, I found myself 40-30 almost without playing. In contrast, he had to fight on every point. I think it made the difference.” Musetti was off to a good start (2-0 and 3-1), but the Dominican quickly got back into the match. After another exchange of breaks, the most difficult moment came at 4-5: with Musetti serving, the Dominican got a setpoint but squandered it with a forehand in the corridor.

The Carrara native clawed back to 5-5 with a stunning forehand bunt, then found the 6-5 break and held his breath for a few minutes, calling for a medical time-out. “I did it to break the rhythm for a moment and catch my breath: I was struggling to breathe, I was moving badly, I was very plastered. I asked for the stop to make sure everything was OK. The doctor told me I didn’t have any particular problems, then I closed the set and after another break I was off to a good start.” What is encouraging, also in terms of the future, is Musetti’s good physical fitness. He tried to keep his body language as positive as possible, limiting verbal outbursts to a minimum (almost to zero, in fact). “The first set was very difficult, I brought it home with passion and heart,” he said hotly, still frazzled, as Hernandez-Fernandez lay on his bench, bent in two-we were both struggling to breathe. Unfortunately, he retired, and it’s not good to win like that. In the end, today, the one who held up the least succumbed. Today it was his turn, maybe another time it will be my turn. The important thing is to go on like this, I’m satisfied with the performance … and yes, it’s a fantastic emotion that I’m still not realizing properly.” The quarters in Milan guarantee him the best ranking: Lorenzo is already certain to rise to number 409 ATP. Should he also beat Marcelo Arevalo in the quarters, he would enter the top-400 bandwagon and make a counter-breakthrough over his friend Giulio Zeppieri, who had reached the semifinals in Parma a few days ago. The Salvadoran’s successes in doubles (he is in the semifinals with longtime partner Reyes Varela) dictate that the match be placed at the opening, at 3:30 pm. It will be a different match, against an intelligent player with more aggressive tennis than Hernandez-Fernandez. But Lorenzo has not expended too much energy and has already shown he can handle the extreme heat. Among the other matches, of note was the exit of Pedro Sousa (No. 4 on the scoreboard), who was beaten decisively by compatriot Frederico Ferreira Silva. In the quarters, the Lusitanian will find Danilo Petrovic, who emerged from the Serbian-Croatian derby against Nino Serdaruric. Ending in the round of 16 is the run of Sebastian Fanselow, who had eliminated Paolo Lorenzi. The German surrendered in two sets to Aslan Karatsev, who came from the qualifiers.