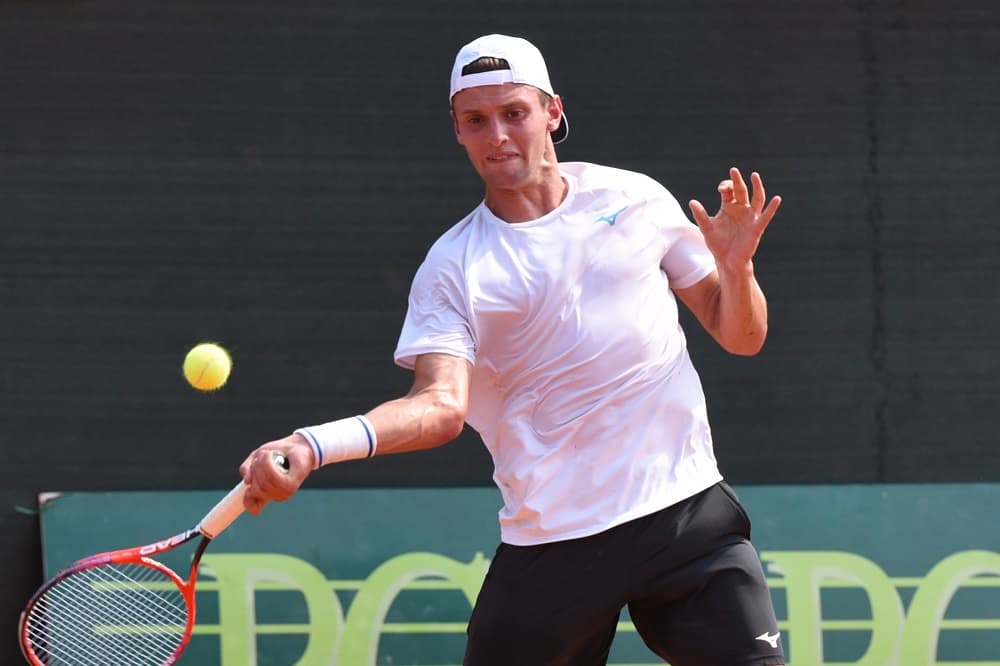 There were high hopes for the day on Wednesday, but the Italian patrol definitely thinned out. Of the five Italians in the field, only Riccardo Balzerani (who, moreover, entered the draw as a lucky loser) made it past the round, joining Lorenzo Musetti in the round of 16. The biggest disappointment came from Paolo Lorenzi: admitted in extremis with a wild card, he was the number 2 seed but surrendered to German Sebastian Fanselow (No. 315 ATP), author of a very good performance and winner with a score of 6-4 7-5. Lorenzi squandered a lot of chances, particularly in the second set, when he found himself a couple of times ahead by a break, finding himself serving at 5-4. As if that were not enough, he had led 40-15 in the last game but lost four consecutive points. After the last forehand, fired into the net, he smashed his racket by throwing it on the ground. Really unusual for someone like him, a sign of a vivid nervousness about the results not coming. Earlier, Gian Marco Moroni had also surrendered. The 21-year-old Roman, who has been training in Spain for some time, succumbed to Russian Aslan Karatsev. Stopped for a month and a half, Moroni has resumed activity in Milan but has a physical structure that requires time to find ideal form. It showed at the ASPRIA Harbour Club, although there is recrimination in the conduct of the match: albeit with some difficulty, he had twice regained a break disadvantage. Ahead 5-4, he had his rhythm interrupted by a medical time out by Karatsev for an alleged right knee problem. From there, he lost seven consecutive games and nine of the last 10. Fewer regrets for Julian Ocleppo and Riccardo Bonadio, who were called upon to almost impossible feats. The former surrendered 6-3 7-5 to Pedro Sousa, while Bonadio gave way to Hugo Dellien, the number 1 seed. The Bolivian did not seem irresistible, but perhaps the Italian did not believe all the way, especially in a second set in which he had sewn up the disadvantage. As mentioned, the only satisfaction came from Balzerani: admitted to the scoreboard after Quinzi’s forfeit, he played with order and did not disband after Kuzmanov won the first set. Toward the end of the second set, the Bulgarian called for the trainer’s intervention due to a heat stroke, and Balzerani was good at taking advantage of it in the third, not being affected by what was happening on the other side of the net. Now there will be a fascinating match for him against Tommy Robredo: at the close of the day, the former top-5 ATP player overcame Alex Molcan, picking up his 12th win in a row. The 20-year-old from Rieti will try to break the winning streak.