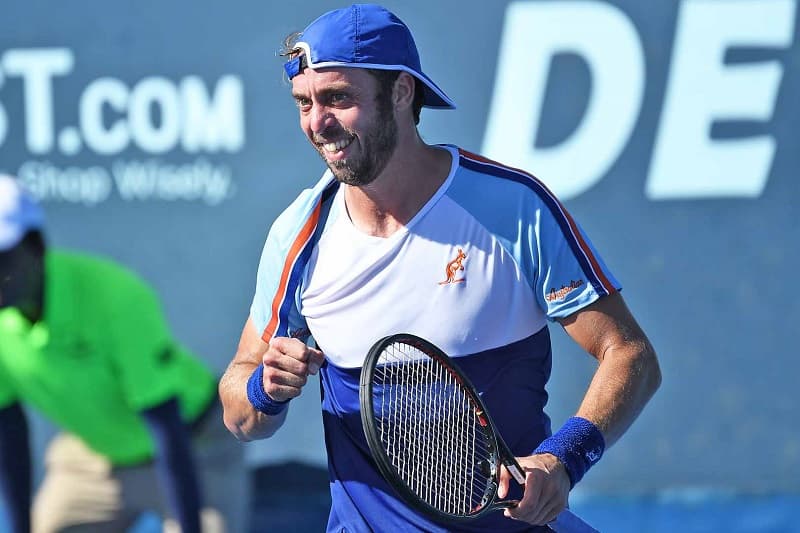 Big gift for fans who will flock to the ASPRIA Harbour Club in Milan for the 14th edition of the ASPRIA Tennis Cup – BCS Trophy (€46,600, clay). In a last-minute coup, organizers have secured the presence of Paolo Lorenzi. The 37-year-old from Siena is still among the ATP top-100 (his latest ranking has him in 96th position), but only a couple of years ago he was close to the top-30 and was Italy’s No. 1. Lorenzi’s arrival in Milan is very impressive for two reasons: on the one hand, this is a player with an extraordinary background, capable of winning more than 100 matches on the ATP circuit (culminating with the title in Kitzbuhel, in 2016), as well as an emblem of an extraordinary passion for the sport. No longer very young, he maintains himself at excellent levels because he loves tennis and has been able to build, day after day, a very effective game. Lorenzi has been living proof that it is never too late to become a great player: he broke into the top-100 for the first time in 2009, at the age of 28, and has given himself ten outstanding career years that few would have believed. An example to follow. And it didn’t end there. The second reason for suggestion concerns his relationship with the ASPRIA Tennis Cup: “Paolino” was at the Harbour Club in 2006, the year of the first edition. He played a great tournament and reached the semifinals, surrendering only to future winner Wayne Odesnik. He would return in 2008, losing in the opener to Lamine Ouahab. For him, who is one of the most successful ever on the Challenger circuit (he has collected a whopping 20 titles) there is a score to settle with Milan. He will try to impose himself this year: the competition will be considerable, but the Tuscan (who has been residing in Sarasota, Florida, for some time now) comes from a decent season, culminating with the final in Savannah, the semifinal in Rome and the quarters at the ATP tournament in New York. And Milan, with its many points up for grabs, represents a golden opportunity to solidify his place among the ATP top-100. Lorenzi will enter the draw thanks to a wild card, taking the place of Riccardo Balzerani. The latter will go on to play the mini-qualifying tournament.

A DREAMLIKE DRAW WITH “PAOLINO,” ROBREDO AND MANY OTHERS

Early Saturday afternoon saw the important ritual of the main draw for the main draw. In compliance with the reform of Challenger tournaments, Milan welcomed for the first time the 48-player draw. Thanks to Lorenzi’s presence, there are as many as two top-100 players (the other is Bolivian Hugo Dellien) and there really is something for everyone. Meanwhile, there are as many as nine Italians competing, not to mention a lot of valuable elements. Prominent among them is Tommy Robredo: the former top-5 ATP player is experiencing a second competitive youth and will start directly in the second round, where he awaits the winner between Zeppieri and a qualifier. The Lazio boy is doing great things in Parma (by the way, he beat Lorenzi himself) and a possible challenge to Robredo would be a really interesting match, not only because of the almost 20-year difference between the two. More generally, among the most interesting first rounds is the Italian derby between Raul Brancaccio and Julian Ocleppo (the winner will have a “free” challenge to the number 4 in the draw, Portugal’s Pedro Sousa), while the presence of former top-100 Renzo Olivo, who only two years ago was able to beat Jo Wilfried Tsonga at Roland Garros, is noteworthy. Olivo is coming from a very difficult 2018, in which he had a serious slump in results (as many as 16 eliminations in the first round), but now he is trying to recover. Italy’s baby phenom Lorenzo Musetti will make his debut against Russian Pavel Kotov (No. 282 ATP), while several of the most anticipated players will debut directly in the second round. Among them are Lorenzi himself, Gianluigi Quinzi and Japan’s Taro Daniel. Also noteworthy is the presence of other very interesting players such as Duckhee Lee, the Korean deaf-mute from birth (No. 5 in the draw), as well as the Canadian Filip Peliwo (former No. 1 junior) and the Argentine Mario Collarini, born in 1992 and also with a great junior career behind him. After a month’s absence, young Roman Gianmarco Moroni (class of 1998), who was coming off an excellent period of form (he was a finalist in Rome in early May), returns. The schedule includes a possible eighth against Paolo Lorenzi. More generally, the ASPRIA Tennis Cup – BCS Trophy confirms itself as an event of the highest level: between the competitive events and the many side events, it will be a week with a high emotional and spectacular rate. Among other things, to make the spectators’ experience even better, there will be a couple of evening sessions. On Thursday and Friday, in fact, there will be a match no earlier than 8:30 pm. Another element that makes ASPRIA Harbour Club’s week special.