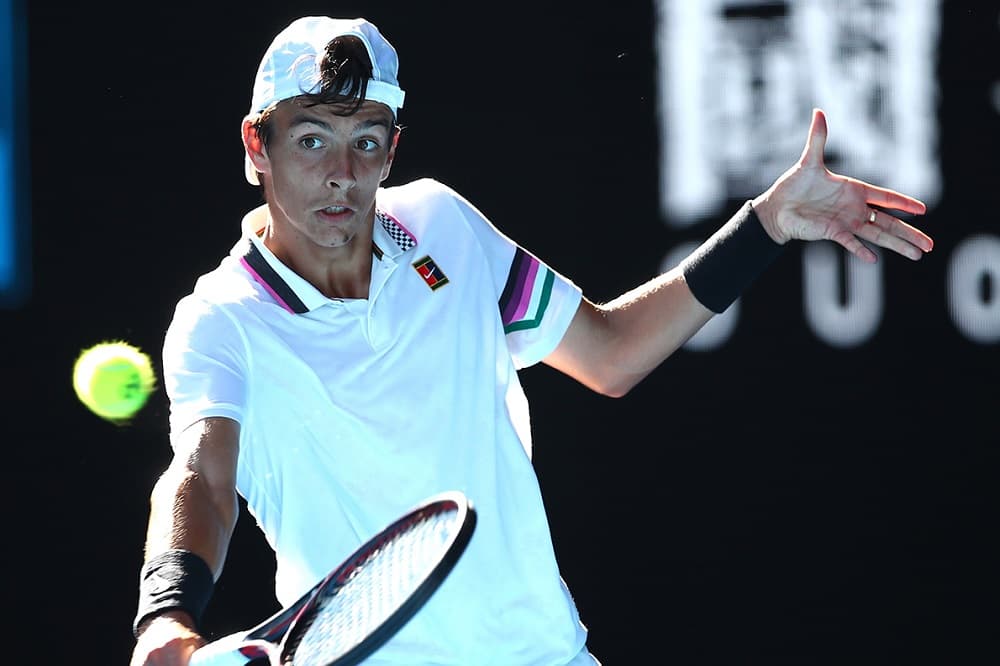 n life, one should never stop, but evolve and improve. The organizers of the ASPRIA Tennis Cup – BCS Trophy (€46,600, clay), an ATP Challenger tournament that experienced its first official act Wednesday morning in the enchanting setting of the ASPRIA Harbour Club in Milan, Italy, know this well. This will be the 14th edition of one of the longest-running tournaments on the national scene. Aside from a top-notch entry list, the main attraction, as highlighted by tournament director Massimo Lacarbonara, will be baby phenom Lorenzo Musetti, world number 1 junior and winner at the Australian Open Under 18. The 17-year-old from Carrara has completed his junior career and is now launching himself on the world circuit. He will play the ASPRIA Tennis Cup thanks to a wild card. In recent months he has been measuring himself consistently in the “pro” circuit and has already shown a good level. It will be really interesting to see him at work, as well as his “twin” Giulio Zeppieri (class of 2001), a semifinalist in Australia and who is performing well at the Parma Challenger, underway these days. The other invitations went to Riccardo Balzerani, Francesco Forti and Julian Ocleppo (son of former ATP top-30 player). Another boy from 2001, Emiliano Maggioli, who received a wild card for the qualifying tournament, will also have a chance to play in Milan. The ASPRIA Tennis Cup also stands out for the nice doubles-rodeo initiative that awards a wild card for the doubles tournament: challenging the racquet professionals will be a pair of… journalists: Carlo Annovazzi and Giovanni Battista Olivero, who will take the place of the Maldini-Landonio pair,winners of the rodeo. Pressing commitments with AC Milan, in fact, will prevent Paolo Maldini from being there. For Annovazzi-Olivero it will be a very fascinating experience, but it must be said that they are no slouches. Olivero, in particular, is worth a good second category (although he is ranked 3.1 this year). He is a few years older than Annovazzi, who in fact pointed out, “10-15 years I was the one supporting Olivero, today the roles have reversed….” The duo has already set a goal: to do better than Sky Sport reporter Stefano Meloccaro (present at the conference), who a couple of years stayed on the field just 34 minutes against Vavassori-Bortolotti. Aside from the cute little joke, the audience melted into thunderous applause when the speakers (among them was Alessandro Fermi, President of the Regional Council of Lombardy) told the story of Korean Duckhee Lee, another attraction of the tournament. The boy, class of 1998, has been deaf and dumb since birth, yet he is attempting to pursue a professional career with admirable courage. As always, thanks to the joint efforts between the ASPRIA Harbour Club and Makers, there will be many side events. In addition to the historic Players Party at the Just Cavalli, there will be a meeting with Mara Santangelo (Wednesday, June 26 at 6 p.m.), where the former champion will present “Training on the Field,” a project conceived by Bosch. A group of female students will work at the tournament, so they will have the opportunity to learn about the behind-the-scenes of such a high-level event, carrying out their first experiences in the world of work. On Thursday, there will be the legend Gianni Clerici presenting Il Club delle Balette, an interesting project that brings together the cities where the ancestors of today’s tennis balls were found: precisely, the “balette.” An inevitable look at social issues, with the “Telethon Charity Dinner,” a charity dinner with the collaboration of Breitling and DS. Also this year, title sponsor BCS has come up with a very interesting novelty: the official radio of the tournament. On Saturday and Sunday, spectators will be equipped with earphones that will allow them to listen to the live coverage of the matches, just as it happens at the Us Open. Explaining the novelty, BCS President Giuseppe Fumagalli: “Being a technology company, we want to give this kind of imprint to the tournament, but without exaggerating because sometimes technology might not be immediately understandable. For this, we decided to launch the innovation of headsets.” Nothing is really missing: for the fourteenth consecutive year, therefore, the ASPRIA Tennis Cup – BCS Trophy is confirmed as a flagship on the Italian calendar.