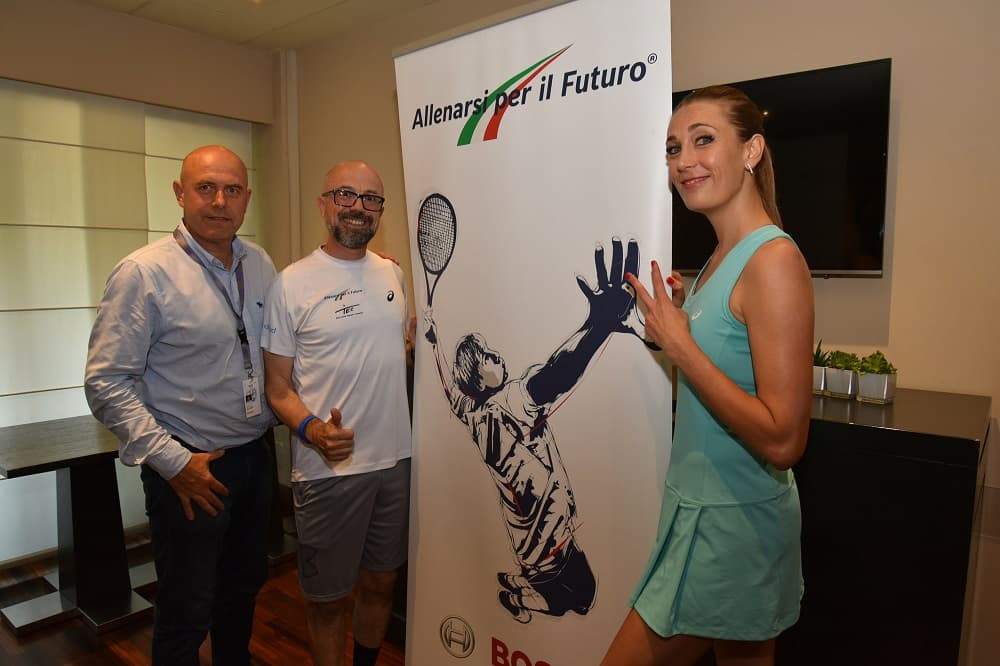 Those who are attending the ASPRIA Harbour Club these days will have noticed many young people wearing a T-shirt with an unmistakable logo: “Training for the Future.” This is a nice initiative launched by Bosch Italy and Randstad, whose main goal is to combat youth unemployment. The ASPRIA Tennis Cup – BCS Trophy has concretely joined the project, giving many young people the opportunity to work at the tournament in various organizational roles, fully respecting the spirit of the initiative. The outstanding testimonial of “Training for the Future,” dubbed “EducAllenatrice,” is none other than Mara Santangelo, a former excellent Italian player, top-30 WTA and one of the architects of Italy’s first Fed Cup victory, as well as doubles winner at Roland Garros 2007. Late Wednesday afternoon, at the Roland Garros Hall of the ASPRIA Harbour Club, there was an evocative meeting between Santangelo and the children. Using the metaphor of sports, Santangelo explained to the young people how to concretely approach the world of work and face the challenges for the future. At the end, they all took the field for a nice lesson with Santangelo herself, who is now also the athletes’ representative on the CONI Board of Directors. Thanks in part to this meeting, that of the ASPRIA Tennis Cup was a week the boys will hardly forget. 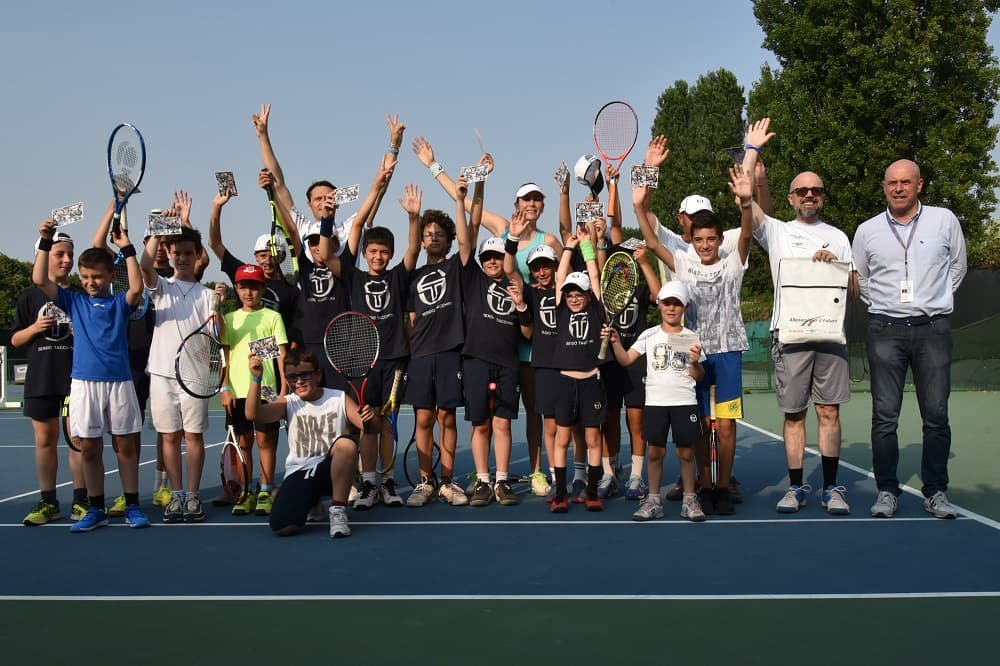